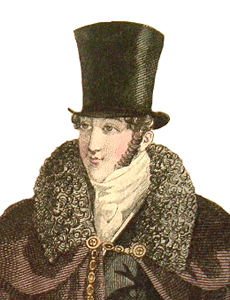 There has never been a more sophisticated and dominating hat in fashion than the top hat. The topper’s dominance as the gentleman’s headwear for formal occasions wasn’t truly established until Prince Albert started to favor it in 1850, some 50 years after it was first introduced via an incident which became known as the “The Top Hat Riot.”
END_OF_DOCUMENT_TOKEN_TO_BE_REPLACED