Brother Hunnicutt came across a rare find – a trowel set from the lodge’s own 75th anniversary back in 1925. He was able to rescue the set and it is on its way home. 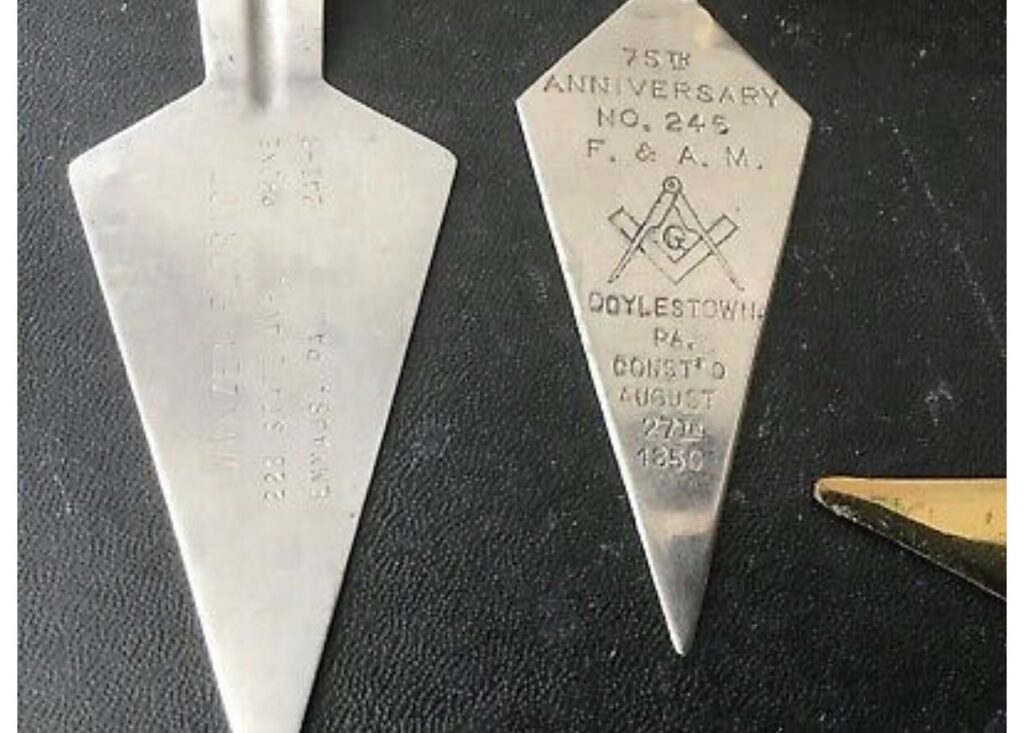 The lodge was constituted back in 1850, although the current building wasn’t in use until 1859. The next anniversary (175th) will be in 2025 where the anniversary set will include 10 years of master medals.