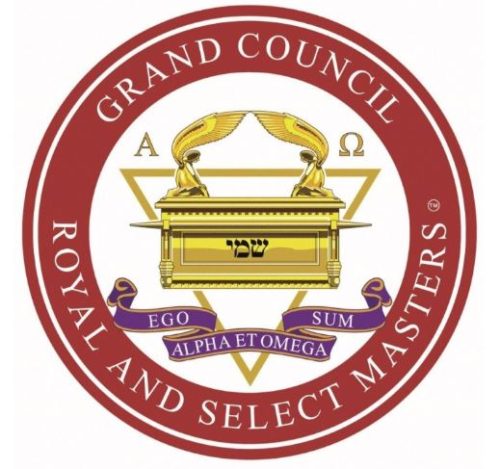 With their own distinctive terminology, structures and practices, each Masonic Order is different from the others. The Grand Lodge of England breaks down the UK origins, requirements, and organization of Royal and Select Masters.

When was it constituted?

The Grand Council of Royal and Select Masters of England and Wales and its Districts and Councils Overseas was constituted on 29 July 1873 by four councils chartered two years earlier by the Grand Council of New York. They organised themselves into a sovereign body under the patronage of Canon Portal, Past Grand Master of the Grand Lodge of Mark Master Masons, who was installed as the Grand Master of the Order. After World War II, the Order grew rapidly and there are now over 250 councils and nearly 5,000 members.

Where is it based?

Who can join the Order?

What is the emblem of the Order?

It is a stylized depiction of the Ark of the Covenant surrounded by a triangle and the first and last letters of the Greek alphabet. Beneath is a scroll bearing the motto ‘Ego Alpha et Omega Sum’ – meaning ‘I am alpha and omega’.

What is the relationship between the Craft and Royal and Select Masters?

Although UGLE’s position is that ‘pure Ancient Masonry consists of three degrees and no more’, during an address in 2007 the Grand Master, HRH The Duke of Kent, acknowledged the existence of many masonic Orders and accepted their sovereignty. He included Royal and Select Masters as one of those which had a role in providing Freemasons with additional scope for extending their research in interesting and enjoyable ways.

Is the country divided into Provinces in the same way as the Craft?

Yes, although in this Order they are called Districts. Each is headed by a District Grand Master and a team of District Grand Officers. And individual units are referred to as councils rather than lodges.

Does the Order have distinctive regalia?

It has crimson and gold regalia with a triangular apron. The Grand Officers collar and apron bear the emblem of the Order of the Silver Trowel. The Order also features some distinctive jewels.

The Order is controlled by a Grand Council headed by the Grand Master, Deputy Grand Master and a Principal Conductor of the Work. The current Grand Master is Most Illustrious Companion Kessick Jones.

The four core degrees (with ceremonies based on the Old Testament Solomonic legends) are Select Master, Royal Master, Most Excellent Master and Super Excellent Master. They are sometimes referred to as the ‘Cryptic Degrees’, and the Order as ‘Cryptic’, as the traditional history of the Degree of Select Master references the underground ‘crypt’ of King Solomon’s Temple in Jerusalem, which also features in Royal Arch and other masonic ceremonies.

I have a friend who’s a member overseas. Is he allowed to visit here?

So long as he’s taken the four core degrees of the Order in a recognized jurisdiction – subject to invitation, of course. However, in many jurisdictions, the degree of Most Excellent Master is not a ‘Cryptic Degree’ but part of the Royal Arch.

Speaking of… Doylestown has a Royal and Select Masters Council that meets each month that is open to Royal Arch Masons who have attained the Royal Arch Degree. Learn more about it here: Cryptic Council 51