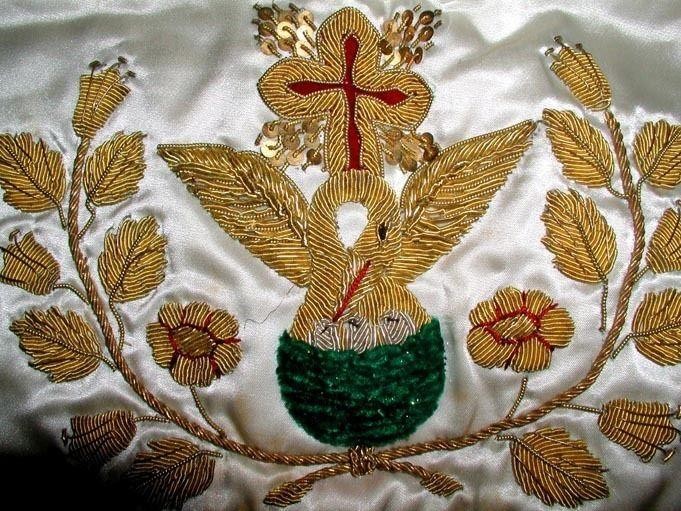 The Ancient and Accepted Rite, or Rose Croix, is one of the oldest Orders, yet many Craft Freemasons in the UK know little about it. The Grand Secretary General of the Grand Lodge of England explains how the Rite has attracted more than a quarter of a million members worldwide.

Known outside England, Wales, Scotland and Ireland as the Scottish Rite, this order takes as its founding documents the Grand Constitutions of 1762 and 1786, the latter written by a group of eminent Freemasons under the titular direction of Frederick the Great.

The first Supreme Council (as national governing bodies of the Rite are known) was founded in South Carolina in 1801, with responsibility for an area now known as the Southern Jurisdiction of the United States. A Supreme Council for the Northern Masonic Jurisdiction of the United States was created in 1813, and it is from that body that England and Wales received its warrant of constitution in 1845.

WHAT’S IN A NAME?

Documents issued with this warrant instructed that membership be restricted to those of the Trinitarian Christian faith, but today (apart from the British Isles and three other countries) all Supreme Councils around the world use the Craft requirement of a belief in a Supreme Being.

The Rite consists of 33 degrees, of which (in most jurisdictions) the three degrees of Craft Freemasonry are accepted in lieu of the first three degrees of the Rite. Of the remaining 30, different jurisdictions work different degrees, but in England and Wales just five are worked: the 18°, 30°, 31°, 32° and 33°. The only one worked in chapters is the 18°, known by the grand title of Sovereign Prince of the Rose Croix of Heredom. It is from this that the Order gets its nickname in England and Wales: Rose Croix.

The 18° is a profound and complex ritual, and one much loved by the members of the Order. The other four degrees are worked only at the Order’s headquarters in London. The ‘intermediate degrees’ from the 4° to the 17° are not worked in this country; however, a group of ritualists, the King Edward VII Chapter of Improvement, demonstrate one or two of them each year around the country for the education of the membership.

The 30° is roughly equivalent to Past Master and is awarded to those who have successfully completed a year in the Chair of their chapter. Degrees beyond the 30° are strictly limited, being granted by the Supreme Council for outstanding service to the Order. These promotions are not mere investitures at which a collar or sash is awarded, but a full ritual carried out by the Supreme Council itself.

Promotion to the 33°, the highest of the Rite, is restricted to Members of the Supreme Council, Inspectors General (roughly equivalent to Provincial Grand Masters) and a few other very senior members of the Order. Past members of the 33° have included Their Majesties King Edward VII, Edward VIII and George VI, and more recently Their Royal Highnesses The Duke of Kent and Prince Michael of Kent. The Duke of Kent is Grand Patron of the Order, an office formerly held by his father, the first Duke.

The Supreme Council collectively acts as Grand Master of the Order. No Council Member can instigate change without the unanimous consent of the others, which removes opportunities for confrontation. This also helps to maintain a happy and productive environment while the Council strives to work in the best interests of the Order and its members.

The Order has a flat structure: there are no Provincial Grand Lodges. Rather, each District is overseen by an Inspector General. There is therefore no significant gap in communications between individual members and the Supreme Council, a fact much prized both by the membership and the Council itself. The Supreme Council for England and Wales is ‘in amity’ with more than 40 other countries around the world, meaning members within this jurisdiction may visit chapters in those countries, thus promoting masonic harmony across the Scottish Rite, the largest international masonic community after the Craft.

With their own terminology, structures and practices, each masonic Order is different from the next. Here we break down the origins, requirements and beliefs of Rose Croix.

Why is it called Rose Croix?

I have a friend who’s a member overseas, but he isn’t a Christian. Is he allowed to visit here?

Absolutely. So long as his jurisdiction is one of the 42 countries recognized by England and Wales, he would be welcome to visit any chapter here – subject to invitation, of course.

Where is it based?

The Order is based at 10 Duke Street, St James’s, London, traditionally known as the Grand East. It moved there in 1910 from its old headquarters, which had perhaps the most masonic address in London: 33 Golden Square!

What is the relationship between the Craft and Rose Croix?

The Order is headed by a Supreme Council of nine eminent members. The current Sovereign Grand Commander (Chairman of the Council) is Alan Englefield, formerly Provincial Grand Master for Oxfordshire and the first Grand Chancellor of UGLE.

How many members are there?

There are around 27,000 members, with around 24,000 in England and Wales and 3,000 in its Districts overseas. Worldwide there are many, many more, with more than a quarter of a million in the US alone.

Is the country divided into Provinces in the same way as the Craft?

Yes, although in this Order they are called Districts. Each is headed by an Inspector General.

What is the supreme council’s emblem?

It is a double-headed eagle surmounted by a crown and holding a sword between its claws. A triangle on top of the crown displays the number 33. Underneath reads ‘Deus Meumque Jus’, which translates as ‘God and my right’.

Is Rose Croix an ‘invitation only’ Order?

Absolutely not! Membership is open to all those who have been a Master Mason for at least one year and are prepared to sign a declaration that they profess the Trinitarian Christian faith.

There are around 150 members of the 33° in England and Wales, of whom the large majority are current or past Inspectors General.