The “Sword of State” is a large ceremonial sword carried before the Most Worshipful Grand Master at meetings of the United Grand Lodge of England (UGLE). Forged by Bro. George Moody, the King’s Sword-Cutler, the sword is four feet long, from the point of the blade to the crown of the hilt. 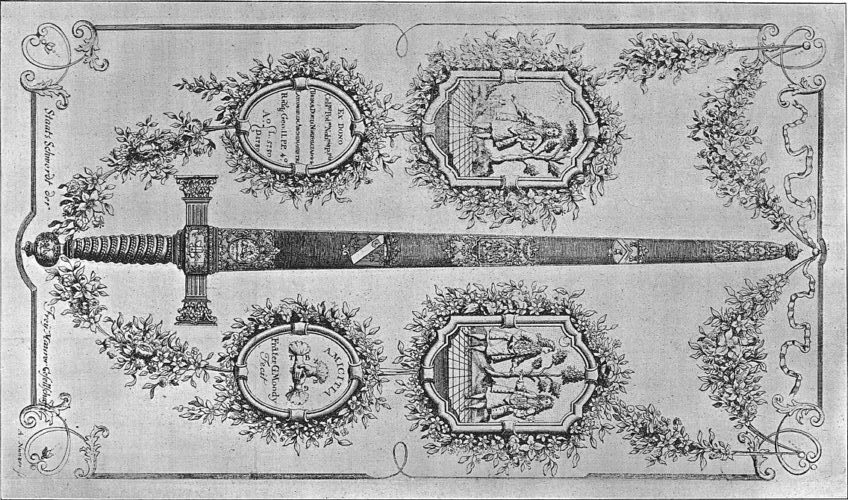 The cap features a Masonic scene, representing two Freemasons, clothed with aprons and gauntlets, and each wearing a Warden’s Jewel. The figures stand upon mosaic tile before a tree of six branches (five in foliage and one bare). The figure with the plumb suspended from his neck is accompanied by a Sun in Splendour, while the other figure wearing the level, by the crescent Moon.

Editor’s Note: the Sun in Splendour is a representation of the sun used as a heraldic charge. The most usual form, called Sun in Splendour, consists of a round disc with the features of a human face, surrounded by twelve or sixteen rays, alternating wavy and straight. The alternating straight and wavy rays are often said to represent the light and heat of the sun respectively. 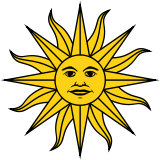